When fires swept through Sonoma County in 2017 and 2019, thousands of residents were forced to evacuate on narrow, winding roads. This scenario has been repeated far too often throughout California since then with ensuing and sometimes deadly traffic jams.

A trio of local leaders – Marylee Guinon, Judith Olney and Deborah Eppstein – have worked tirelessly for the Fire-Safe Roads initiative, with the goal of preventing similar scenes from unfolding again here in Sonoma County and around the State. As part of the State Alliance for Firesafe Road Regulations (SAFRR), they went head-to-head with the California Board of Forestry, the County of Sonoma and building and rural development advocates, and fought to change State regulations governing the fire-safe design of roads and new development approval in fire-prone areas.

Their efforts were rewarded in August 2022, when the BOF reversed its proposed adoption of looser standards and narrower roads. They continue their advocacy, following up with local jurisdictions to require implementation of the new standards. 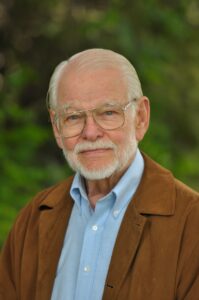 Willard “Will” Richards, this year’s posthumous Lifetime Environmental Achievement awardee, is remembered by his friends and colleagues at the Sonoma County Transportation and Land-Use Coalition (SCTLC) as a dedicated advocate for environmentally sound land-use and transportation in the North Bay.

As co-founder and chairman of the SCTLC, he lobbied for the SMART train, transit-oriented development near railways, and improved pedestrian/bicycle pathways. He was an expert on air pollution, and led research studies for 30 years to understand the negative impacts that atmospheric particles from power plants and major urban areas have on visibility in National Parks and wilderness areas.