The power sector led the way, but adequate emissions cuts remain far off, according to a new analysis from the Rhodium Group.

U.S. emissions likely fell in 2019, putting the country back on a downward emissions trend, according to newly released analysis from research firm Rhodium Group.

The results, which estimate a decline in greenhouse gas emissions of around 2 percent in 2019, contrast with 2018, when emissions rose for the first time in three years. Rhodium attributes much of the 2019 turnaround to the electricity sector, where technologies such as wind and solar, in addition to super-cheap gas prices, continued to erode the dominance of coal-fired power. 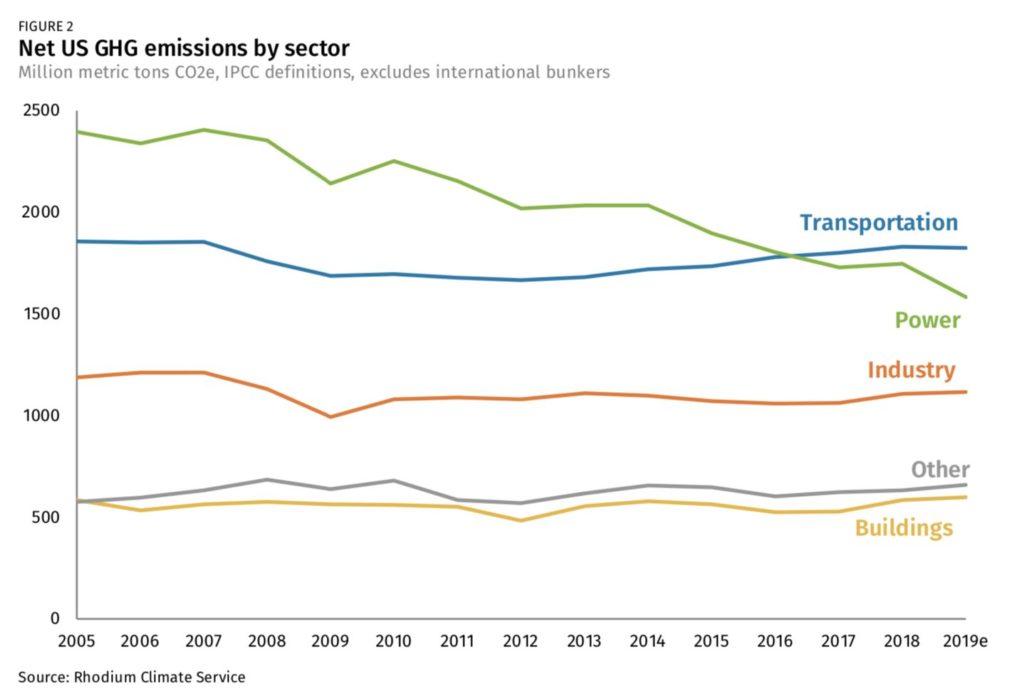 But emissions increases in other sectors tempered the 10 percent reductions in the power sector.

While electricity emissions declined and transportation emissions remained fairly flat in 2019, Rhodium estimates that emissions from buildings, industry and other sectors increased.

Taken together, the U.S. is still dangerously far from the targets set out in the Paris Agreement, whether or not President Trump is successful in his bid to withdraw the U.S. from the agreement.